The business tour of Russian scrap processing enterprises to India was successfully organised by the National Recycling Association RUSLOM.COM.

As part of the business mission, the delegation had an extremely saturated business programme, which started with the Indian-Russian conference Commercial and Industrial Dialogue and Business Cooperation in Delhi on May 30th. The event was attended by more than 70 representatives of the business community and business associations from both Russiа and Indiа, as well as Russian state representatives, including: the Trade Representation of the Russian Federation in India, the Embassy of the Russian Federation in India, the National Recycling Association RUSLOM.COM, and the Material Recycling Association of India (MRAI). The leading Russian banks operating in India, such as Gazprombank, Sberbank India, Moscow Credit Bank, numerous entrepreneurs of Indian and Russian metallurgical and scrap recycling industries also took part in the event. During the conference, the participants were presented with analytical information and forecasts in the fields of trade and economy; discussed ways to develop business partnerships, including the ones in the field of metals and metallurgical raw materials, prospects for the implementation of investment projects and the development of export-import relations. In addition, the leading market players were able to exchange experience in the field of scrap and waste recycling technologies, equipment for electrometallurgy, production of metal products and semi-finished products.

As the members of both delegations noted, this business event had become the largest one in India since the end of the COVID-19 pandemic, aimed at establishing and strengthening Russian-Indian foreign economic relations.

On the next day, May 31, the Russian delegation visited three plants of the leading Indian manufacturer of equipment for scrap processing and recycling Advance Hydrau-Tech, which has been operating for over 40 years. During its years of activity, Advance Hydrau-Tech has developed and supplied custom-sized and customised equipment on 6 continents. Advance Hydrau-Tech expressed interest in developing business relations with Russia and the possibility of joining the Association RUSLOM.COM. During the visit to the enterprise, the company’s representatives presented and demonstrated in operation a line of equipment which is of great demand in more than 70 countries around the world. The delegation members were able to attest the quality of press-shears, briquetting presses, sorting and packaging lines on the site.

The business tour continued on June 1 with a visit to the office and production facilities of Electrotherm, one of India’s largest manufacturers of induction melting furnaces used for steel production.

The company was founded in 1983 and supplied more than 4,000 furnaces to 56 countries throughout the world. The production facilities and modern office complex with a full-fledged research and development centre of Electrotherm are located in Ahmedabad, India. Today, the company’s contribution to the steel industry, in terms of nominal power, is about 5150 MW. The company is active all over the world, implementing turnkey major projects in the field of metallurgy. In particular, the company demonstrated to the members of the Russian delegation one of the recent large-scale projects implemented in Iran.

Electrotherm has plans to develop cooperation with Russia. The Russian Rusmet Rating Agency signed an agreement with Electrotherm to represent its interests in Russia.

The next day’s business programme was dedicated to visiting a unique place, the shipbreaking region of Alang. The Alang Ship Breaking Yard is the world’s largest. According to experts, about half of all ships sent for recycling around the world are processed in Alang. More than 20 thousand people are constantly working on the facility. It is important that shipbreaking companies in Alang, unlike their main competitors around the world, adhere to high standards of safety and labour protection. Thus, corporate clients who care about their reputation often choose companies located in the area as their business partners. The Russian delegation visited the sites of three leading Indian companies in this business: the Leela Group of Companies, Baijnath Melaram, and Diamond Group.

Alang, being an impressive place for its scale, unique natural conditions (its ability to ‘park’ huge ships on the shore due the natural tide force throughout the Alang region) and technology, aroused genuine interest of the Association’s delegation. The participants got an opportunity to familiarise themselves with the technological, infrastructural and financial features of the capital-intensive shipbreaking business on a global scale.

As a result of the visit, Russian entrepreneurs are considering the possibility of sending ships for processing to the Alang Yard. The Indian side also expressed interest in purchasing copper and aluminium scrap, which may also become part of the cooperation agenda between the Russian and Indian entrepreneurs. The Gujarat Maritime Board officials, who are in charge of the Alang region, showed Russian businessmen a municipal training centre for workers, where they receive training and safety instructions, and also pass mandatory exams to be allowed to work at the shipbreaking yards of Alang.

At the end of the day, Russian entrepreneurs also visited the waste incineration plant in Alang, which is run by the Gujarat Maritime Board.

The saturated business tour programme continued on June 3 in Mumbai. The Association’s delegation, together with the Material Recycling Association of India, organised a reception during the signing of the agreement between the two associations, RUSLOM.COM and MRAI. The event was aimed to provide networking opportunities for the Russian and Indian delegations. It attracted a wide professional audience, including Sergey Nechuneev, Head of the Mubmai branch of the Trade Representation of the Russian Federation in India, and Timur Vekilov, Head of the Representative Office of the Russian Export Centre JSC in India. MRAI was founded in 2011 as the Metal Recycling Association of India. As a result of the rapid development, this metallurgical industry organisation has turned into a full-fledged multi-industry recycling association with the support of the government of the country, which instructed it to address recycling issues, not limited to the metallurgical sector. Currently, MRAI has more than 1,200 members engaged in recycling, including metals, plastics, paper, waste and e-waste, tires and rubber, glass, automobiles, construction and demolition, and water treatment.

The signing of a partnership agreement between MRAI and the Association RUSLOM.COM became a significant event of the evening. Thanks to the coordination of actions and cooperation within the framework of this agreement, the associations intend to increase the competitiveness of their member companies, expand the system of interconnections between Russian and Indian enterprises in the domestic and international markets. A promising and much demanded area for businessmen is also the parties’ intention to engage in mutual check of business partners from the metallurgical and scrap industries in Russia and India.

‘The agreement will facilitate establishing new relationships with suppliers, create new production capacities, new ties between Indian, Russian and foreign enterprises, and will provide an opportunity for Indian and Russian companies to enter new markets,’ said Victor Kovshevny, Director of RUSLOM.COM. In his opinion, the signing of the agreement became a landmark event for the development of horizontal and sectoral ties between Russia and India, and will entail the growth of mutual business.

Later, according to the business visit programme, the Russian delegation arrived at the office of MTC Group, an Indian conglomerate engaged in processing, trading, and production of metals, headquartered in Mumbai. The company has been trading all types of metals, including ferrous, non-ferrous, ferroalloys, base metals for over 40 years. Its cumulative annual trade volume is about 2.2 million tonnes. Today, MTC Group has 18 processing sites and 12 offices around the world. The President of the MTC Group is also the President of the Material Recycling Association of India. The delegation members and the management of the company had an active and fruitful dialogue on the prospects for business cooperation, technologies, equipment, and mutual trade. The president of the company assured the Russian entrepreneurs that his firm was able to address any issue in the Indian metallurgical industry, as well as in the metal scrap processing market.

As a result of the business mission, all Russian and Indian participants enthusiastically welcomed the professional format of the bilateral dialogue. The Russian entrepreneurs noted that in the course of the visit they were able to get acquainted with various aspects of the metallurgical and scrap processing business in various regions of India, as well as establish new useful contacts with specific companies-potential business partners, banks, Russian government agencies in India, whose mission is to support, develop and protect the interests of Russian business. In the course of a close dialogue, the representatives of the business community and industry associations outlined tangible means of promising and mutually beneficial cooperation and development between the recycling industries of both two countries. The companies agreed to promote professional growth in order to develop more efficient waste disposal processes, produce industrial raw materials from waste in larger volumes and of higher quality.

The National Recycling Association RUSLOM.COM is the only official industry association of scrap processors in Russia with the national self-regulatory organisation status. The Association members are more than 300 companies from among the procurement divisions of metallurgical plants, independent processors, exporters and traders, which are leaders of the market and government programmes. Members of the National Association RUSLOM.COM own 100% of the shredding capacity in Russia and 75% of the market in terms of consumption of steel scrap in Russia.

The Association’s mission is to ensure the resource and environmental security of Russia by means of returning recoverable materials to the economic turnover. 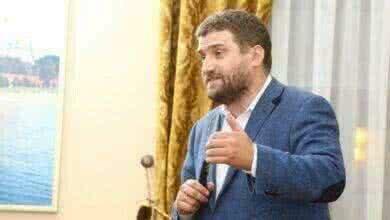 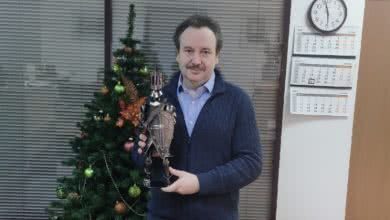 New Year’s greetings from the Director of the Association NSRO RUSLOM.COM 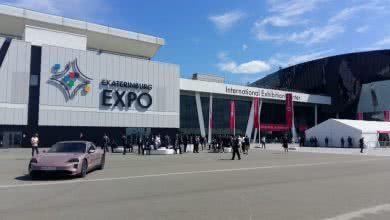 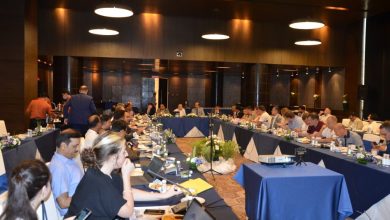