Recyclers of waste paper, glass and metal, as well as the environmental protection society headed by Vyacheslav Fetisov agreed with the Association for the Promotion of the Circular Economy “Resurs” on cooperation. The agreements were signed at the international Waste Tech exhibition, which opened in Moscow on September 7.

What kind of world should we and future generations live in? Our reality is rapidly increasing levels of pollution, resource depletion, loss of vital ecosystems, conflict between industrial growth and environmental protection. Continuing this path will lead to a disastrous situation over time. The combination of resource depletion, a changing climate and pollution is holding back growth and ultimately weakening the economy. It’s time to stop thoughtlessly consuming resources. And try to change something,” said Albina Dudareva, executive director of the Association for the Promotion of the Circular Economy, during the plenary session of the forum “Modern Environmental Technologies – A Vector of Sustainable Development”.

The head of the association spoke about the agreements signed at the exhibition. One of them was cooperation with an environmental organization that will celebrate its 97th anniversary in November – the All-Russian Society for Nature Conservation. Its head is Vyacheslav Fetisov, who is also the UN Goodwill Ambassador.

Together with the Association, ecologists from VOOP will work to promote the transition to a circular economy, stimulate the reuse of secondary material resources, and support the development of waste treatment and disposal. They will also work to ensure that an understandable dialogue is built between the authorities, business, environmentalists and the population.

“The world is currently facing three crises at the same time: climate, nature, and environmental pollution. All three crises should be considered as a single problem, if not resolved, we can lose our land. It is critical to build a dialogue and cooperation between the state, business and civil society to solve this problem. Part of the solution should be the creation of a global system of responsible financing, ”said the head of the VOOP.

Processors will cooperate with Resurs. The three organizations have signed similar agreements to support the transition to a circular economy. These are the “Association NSRO” RUSLOM.COM “, which deals with the handling of metal scrap, production and consumption waste, as well as the associations” League of Waste Paper Recyclers “and” StekloSoyuz “.

The Russian industry can save more than two billion euros thanks to secondary raw materials from metal, said Viktor Kovshevny, director of the NSRO RUSLOM.COM Association, and told what would have to be done for this.

“In terms of first practical steps, scrap metal will save Russian industry more than two billion euros in carbon taxes. It is necessary to go a long way to make this a reality, now we need to constantly interact with Eurofer and foreign regulators in order to approve the methodology for calculating the carbon tax for Russia,” said Kovshevny.

Speaking about the agreement, he said that at the initial stage, the organization’s specialists will exchange information with colleagues from the Resource, and then jointly deal with changes in legal regulation and tax administration of enterprises involved in the production and consumption waste management industry.

“The future is a waste-free industry! Russia should be a leader in the transition to a circular economy in order to show the whole world an example of respect for nature. And at the same time, Russia is the richest country in terms of natural resources,” added Kovshevny.

Viktor Osipov, President of the StekloSoyuz Association, said that the signed agreement will promote socially significant initiatives aimed at transitioning to a circular economy, stimulating the reuse of the maximum amount of recyclable materials, and developing waste processing and disposal.

Glaziers and Resource agreed to exchange knowledge and experience, joint consultations, inform each other on topical issues, including promoting effective interaction and open dialogue between business, government and civil society, and promoting legal regulation in the field of waste management.

“The transition to a circular economy is important for reducing the volume of disposal at landfills for recyclable waste, which should become secondary raw materials, keeping prices for recyclable materials and, as a result, for packaging, reducing consumption, saving irreplaceable mineral resources for future generations,” said the President of the Association “StekloSoyuz” Victor Osipov.

The Resource Association for the Promotion of the Circular Economy was launched under the RER in July 2021; it was headed by Albina Dudareva, a public figure and advisor to the general director of the Russian Ecological Operator. The Association Council includes four largest Russian operators in the field of waste management “Charter”, “Citymatic”, “RT-invest” and “Ecoline”. In addition to facilitating the transition to a cyclical economy, members of the Association will be engaged in promoting ESG practices, namely green financing, transformation of companies in the waste management sector.

Association NSRO "RUSLOM.COM" together with RA "Rusmet" will take part in the annual forum of scrap collectors "ZILANT" 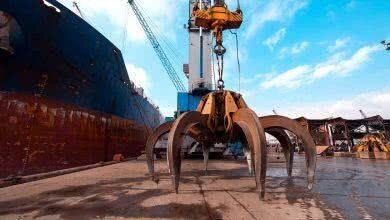 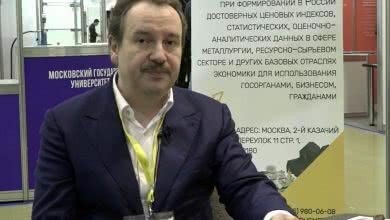 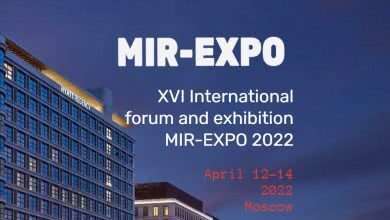